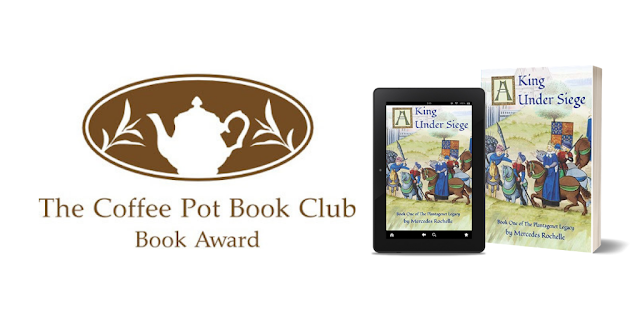 “With spades and hoes and ploughs, stand up now.

Your houses they pull down, to fright poor men in town,

It was the age-old question, who should sit on the throne of France? Everyone in England knew that the French crown belonged to the English King — Richard II. Unfortunately, the House of Valois did not agree with the English consensus.

The French were a formidable foe. If the House of Plantagenet wanted to win this war, then they desperately needed to find more money. Parliament was called, and on the request of John of Gaunt, son of Edward III and uncle to the young King Richard II, a tax was agreed upon. Regrettably, this Poll tax was a very regressive tax. An unfair burden that the poor simply could not pay. It was really no surprise when the peasants revolted in 1381.

Richard II was only ten years old when he succeeded to the throne. He was too young to rule on his own. But instead of a regent, it was decided that the government should be placed in the hands of a series of councils, but even then, there were those who thought Gaunt had too much power. But it wasn’t Gaunt who rode out to meet with Wat Tyler (the leader of the rebels) at Smithfield. It was the fourteen-year-old King.

A child Richard may still be, but he was the King of England, and he believed in the royal prerogative. He had also had enough of being told what to do by men he no longer respected. Richard was old enough to know his own mind and to choose his own advisors. However, not everyone was happy with the way the monarchy was heading, and the discontent of those who had been influential rumbled around Richard’s realm like a threatening biblical storm from days gone by. It was only a matter of time before men such as Gloucester and Warwick had their retribution…

From small beginnings to disastrous ends, A King Under Siege: Book One of The Plantagenet Legacy by Mercedes Rochelle is the compelling account of the Peasant Revolt of 1381 and the following turbulent years of Richard II’s early reign.

What an utterly enthralling story A King Under Siege: Book One of The Plantagenet Legacy is. This is the story of a very tempestuous time in English history. Rochelle paints a vivid picture, not only of the peasantry and the hardship they faced but also the corruption and the dangers of court life in the reign of Richard II. These were treacherous times, and Rochelle has demonstrated this with her bold and an exceptionally riveting narrative.

The book is split into three parts, which gave the book a firm grounding of time and place. Part 1 explores the first major challenge in Richard II reign, which was the Peasant Revolt. Rochelle gives a scrupulously balanced account about the revolt. The story explores both sides of the argument, which I thought gave this book a wonderful depth and scope. Part 2 is aptly named “Resistance,” and this section was very compelling as Richard tried to take control of his throne. Part 3, was perhaps the most moving and upsetting as those who thought themselves slighted took revenge upon the King. Rochelle has this tremendous eye for writing very emotional scenes that certainly made me shed a few tears. I thought it was masterfully written.

As I have already touched upon, I thought the portrayal of Richard II was a historical triumph. Richard grows from this unsure youth to a man who is facing a war from those who should be on his side. Forget the war with France, it is the war within parliament that Richard has to try to win.

This story is rich in historical detail. It has so obviously been meticulously researched. I cannot but commend Rochelle for this exceptional work of scholarship.

A King Under Siege: Book One of The Plantagenet Legacy is one of those books that once started is impossible to put down. This book is filled with non-stop action. There are enough plots and conspiracies to satisfy any lover of historical fiction. This is storytelling at its very best.