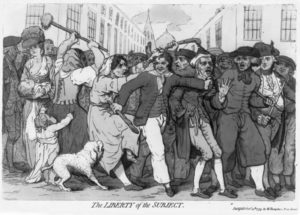 I’ve found that it’s easy to misjudge history, to confuse timelines from the relative luxury of the twenty-first century because we know the outcome of events in the nineteenth. When I started research for a series of books called the King’s Germans, I felt certain of both the timeline and the narrative. But research has that uncanny knack of unseating you. A story that flowered in 1808, was firmly planted in 1803. But the seed of the story was set in 1793. By 1808, Napoleon has conquered the major powers of Europe, except Russia and Great Britain. With the former, he has a treaty and a framework for co-operation, or at least non-aggression. With Great Britain, his intention is to turn the British blockade into a continental blockade of British trade. The French army numbers hundreds of thousands of men, with an array of experienced and highly capable leaders. And of course, Napoleon himself! So far, not too radical a narrative.

But this is not the world of 1793. Then the fledgling republic that declares war on Great Britain and every other royal house in Europe is hardly united. It does have a large army, men forced into uniform by the Levée en masse. John Lynn (The Bayonets of the Republic) suggests that the volunteers of 1792 gave the French around 275 battalions, a field strength of 220,000. By February 1793, manpower is estimated between a paper-strength of 450,000 and worse case estimates of 290,000. But how does this affect Great Britain? Again, that firmly held conviction that I had before research was of the unquestioned superiority of the Royal Navy. As I sat and read Fortescue’s British Campaigns in Flanders, the narrative was rather different. The fleet was under tremendous strain, policing Great Britain’s global interest. Manpower was the most crippling deficiency, despite the greatest efforts of the press-gang.

The influx of émigrés saw the formation of communities in Marylebone, Richmond and St. Pancras. The government’s response to the threat of spies and revolutionaries embedding themselves within London, was the Aliens Act, 1793. Immigrants had to provide their names, ranks, occupations, and addresses. Anyone who shared a room or house with an immigrant was also required to do likewise. Failure so to do was to risk being held without the prospect of bail and the possibility of deportation. 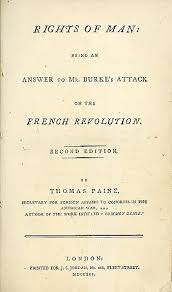 The wider debates on the very essence of society and rights were popular and real arguments. Edmund Burke had expressed the fears of the gentry in his essay Reflections on the revolution in France, an essentially conservative treatise condemning the revolutionaries. It sold well, with some 30,000 copies going into circulation. The rebuttal, by Thomas Paine, both defended the revolution and set out costings for welfare for the poor and the means to educate over one million children. At the time the population of the United Kingdom was estimated at around eight million. It’s also estimated that after the initial printing of the Rights of Man were withdrawn in February 1791. A new printing, in March of the same year, was estimated to have sold around a million copies. Paine was tried in his absence for sedition and sentenced to death by hanging. He declined the invitation to return from France and meet such a fate.

How were the fear of invasion and the possible treachery from within were to be avoided? The answer was in the expansion of Fencible units, where the gentry were encouraged to raise infantry and cavalry formations, for the protection of the homeland. Life as a Fencible had certain advantages, a man was exempt from both the press-gang and drafting into the army. Thus, the estates of many landed estates were preserved of their workers and the sons of the nobility received military half-pay and pension safe from the prospect of ever been posted abroad. The ire that Fortescue directs to the obvious junket is worth reading. There was at least one case of an individual claiming a lieutenant’s half-pay for over sixty years. Nineteen thousand men were drafted into militia and Fencible units in 1793, according to Fortescue. 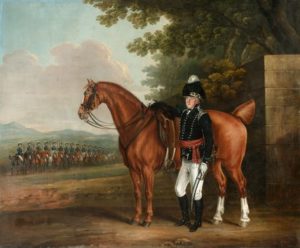 The net result for an army destined for the continent was that only one brigade of two thousand men, drawn from the Foot Guards, was available for deployment. A second under Major-general Abercrombie was being prepared but these were so awful that the Adjutant-general wrote to the Duke of York and to Abercrombie to apologise.

“I am afraid that you will not reap the advantage that you might have expected from the brigade of the Line just sent over to you, as so considerable a part of it is composed of undisciplined and raw recruits; and how they are to be disposed of until they can be taught their business I am at a loss to imagine… I was not consulted upon the subject until it was too late to remedy this evil.”

Such a letter shows the deep division between Horse Guards and Dundas, the War Minister. It exposes the fault lines over which the Duke of York was to attempt to exercise control of his army and a strategy to successfully conclude the war, with no firm indication of what such war aims might look like. 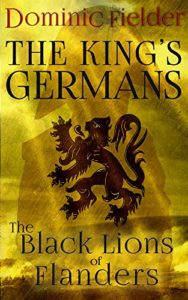 In the war of the First Coalition, friend and foe know one simple truth: trust your ally at your own peril.

Private Sebastian Krombach has joined the army to escape the boredom of life in his father’s fishing fleet. Captain Werner Brandt yearns to leave his post and retire into civilised society and Lieutenant Erich von Bomm wants nothing more than to survive his latest escapade that has provoked yet another duel. Each man is a King’s German; when they are called to war, their lives will become inextricably linked.

The redcoats of the 2nd Battalion, 10th Regiment, must survive the divisions that sweep through their ranks before they are tested in combat. On the border of France, the King’s Germans will face an enemy desperate to keep the Revolution alive: the Black Lions of Flanders. 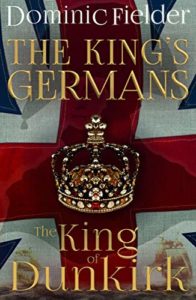 Valenciennes, Paris then home! Every common soldier knows the popular refrain so why can’t the commanders see sense?

The protracted siege of Valenciennes exposes the mistrust between the allies. National interests triumph over military logic. The King’s Germans find themselves marching north to the coast, not east to Paris. Dunkirk has become a royal prize, an open secret smuggled to the French, who set a trap for the Duke of York’s army.

Lieutenant Erich von Bomm and Captain Werner Brandt find themselves in the thick of the action as the 14th Nationals, the Black Lions, seek their revenge. In the chaos of battle, Sebastian Krombach, working alongside Major Trevethan, the engineer tasked with capturing Dunkirk, must make a dreadful choice: to guide a battalion of Foot Guards to safety across the Great Moor or carry a message that might save the life of a friend.

The King’s Germans and the Black Lions do battle to determine who shall be crowned the King of Dunkirk. 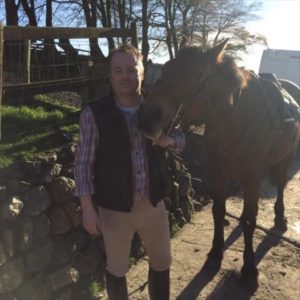 The King’s Germans is a project that has been many years in the making. Currently I manage to juggle writing and research around a crowded work and family life. The Black Lions of Flanders (set in 1793) is the first in the King’s Germans’ series, which will follow an array of characters through to the final book in Waterloo. The King of Dunkirk will soon be released and I hope that the response to that is as encouraging as the reviews of Black Lions have been.
While I’m self-published now, I have an excellent support team that help me to produce what I hope is a story with professional feel, and that readers would want to read more than once. My family back-ground is in paperback book sales, so I’m very keen to ensure that the paperback design is something that I would be proud to put on my bookshelf.
I live just outside of Tavistock, Devon, where I enjoy walking on the moors and the occasional horse-riding excursion as both inspiration and relaxation.