Heir To A Prophecy 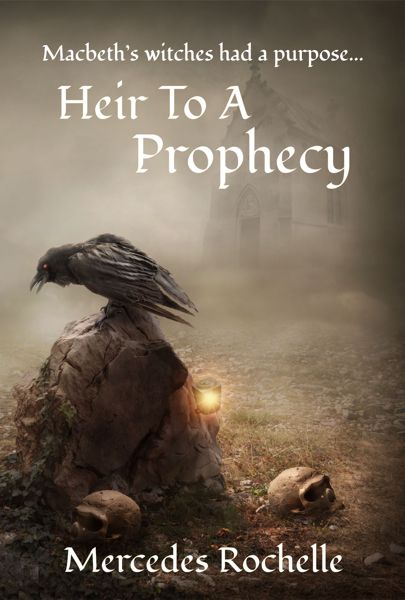 It is of legends that I write in this story

rather than facts; for after almost a thousand years of history, what can we call truth out of the tiny scraps that survived? When men claimed descent from a bear, and people believed that dragons roamed the earth, who is to say what is fact and what is fancy? Hence, with this thought in mind, I give you the origin of the royal Stewarts, as it was handed down to Shakespeare.
It all began with the witches' prophecy... (read more) 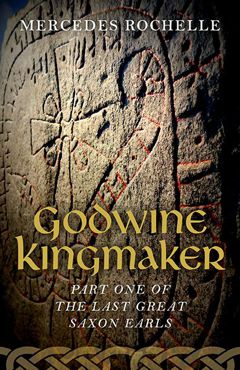 chapter 8... It was nearing dark, and the servants were lighting the torches

while Godwine played chess with the King. They sat in Canute's favorite room—perfect for entertaining the early arrivals of the Yuletide celebration. Already, Earl Eric of Northumbria was present, tasting some of the breads at the sideboard. Tovi was in his usual place behind the King speaking quietly with two other Danes, and a musician was in the corner, plucking on a harp. The door opened and Godwine, whose back was to the newcomer, concluded who it was from Canute's grimace.  (read more) 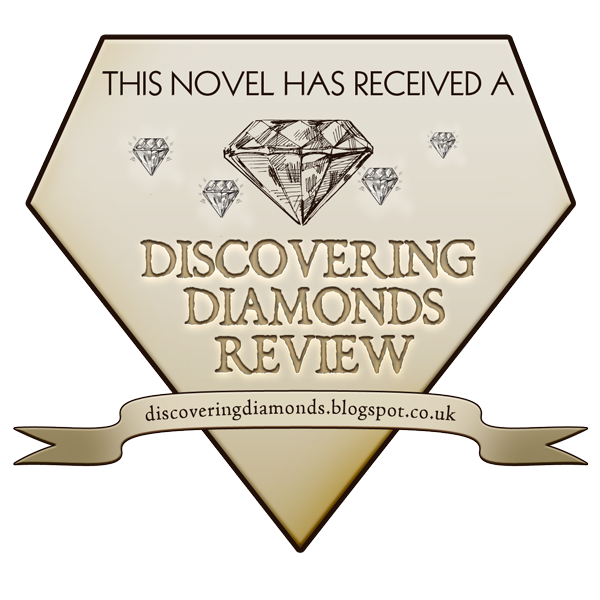 The Sons of Godwine 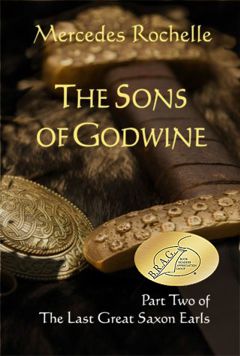 Once the King decided to return to London, we were hustled along like livestock and placed on a wagon. The trip was uncomfortable and we were very hungry by then, but luckily for us our new friend Lang was part of the baggage train and he made sure to bring us his mother's meat pies. It turns out that his whole family was in the Archbishop's employ and traveled with him wherever he went. I don't know what we would have done without him. But once in London, Hakon and I were locked in a room somewhere in the Archbishop's wing of King Edward's palace. For many days we had to content ourselves with staring out the window that overlooked the Thames. There was a lot of activity back and forth across the river, and I knew that on the other side, in Southwark, my father owned an estate. (read more) 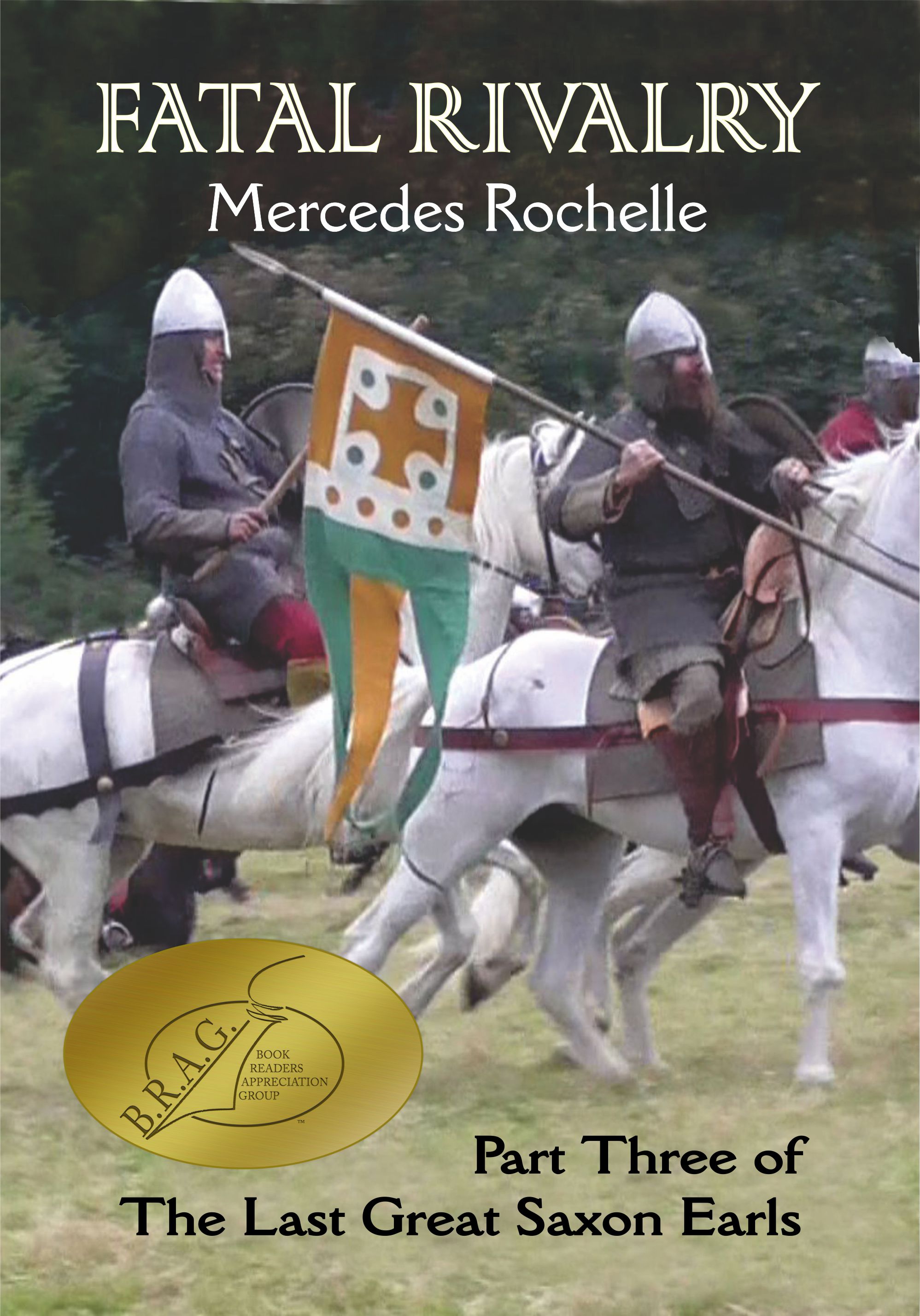 Editha and I stood next to the wall watching as Harold entered the great hall accompanied by a group of men who were very nervous; the newcomers seemed reluctant to hand over their weapons as required by law. Finally they consented but stood in a little clump next to the door. I gasped, recognizing a few of them. They were some of the very thegns who undoubtedly murdered my household. Editha put a hand on my harm, shushing me.
Harold pulled away from them as soon as he could. He looked around for the king, then entered Edward's presence chamber alone. I could see his face; it was drawn with worry lines. He was pacing the chamber when Editha and I came in behind him. Then he whirled around, expecting the king. He let out a big sigh when he saw me. (read more)

A King Under Siege 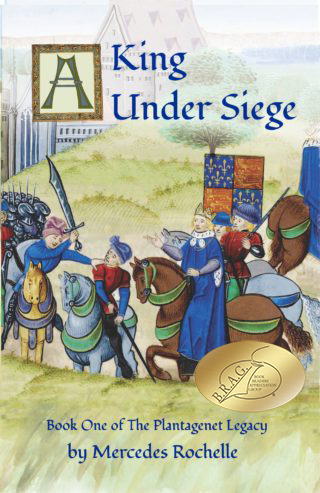 Ten thousand or more crowded the banks of the Thames

near the King's manor of Rotherhithe, shrieking and howling like the demons of hell. The royal barge, hung with the Plantagenet lions, floated safely in the middle of the river, while King Richard gripped his sword, trying to emulate his royal forefathers. His elders would agree that the fourteen year-old monarch looked every bit the Plantagenet successor; he was tall for his age, with delicate features and red hair like his father. Richard was born to be king and now he must prove it—though at the moment he felt more like a lamb than a lion.  (read more) 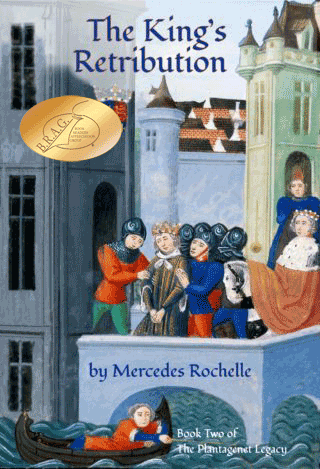 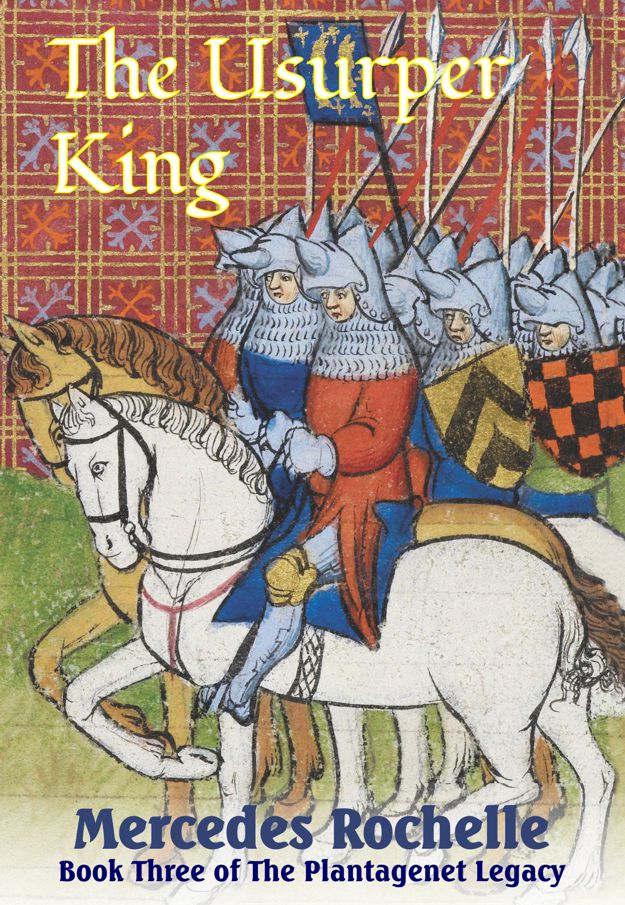 Hal was surprised that his father requested

he come along to Eltham Palace, but he kept his feelings to himself. They were accompanied by the usual small army of retainers. The king rarely went anywhere without his harbingers to requisition lodging, his purveyors who rode ahead and commandeered supplies, his knights, esquires, clerks, and household servants. Although one of Henry's complaints about Richard's court was the excessive personnel, in reality, he didn't reduce their numbers one bit.  (read more)